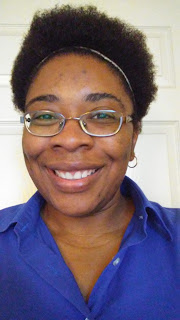 
Mahlena grew up on the mean beaches of St. Thomas, Virgin Islands. During her senior year of high school, she was named Most Likely to Kidnap a Backstreet Boy.

After earning her BA and graduating with Honors from the School of Film and Television at Loyola Marymount University, Mahlena decided to stay in Los Angeles to build her career. In 2007, she founded Mr. J Media and published her first novel, Steve the Penguin. She later elected to continue her overeducation by attending business school at the University of Southern California and earning an MBA in Marketing, Entertainment, and Entrepreneurship. Mahlena is currently working on her fifth book, BUT YOU HAVE NO IDEA.

A lifelong advocate of higher education, Mahlena coaches students and families on all aspects of the college, university, and graduate school admissions process. When she isn’t working smart to help her students achieve their higher educational and career goals, she likes to indulge in reruns of  The New Adventures of Old Christine. You can find more of her deep musings and witty quips in her four books, available on Amazon.