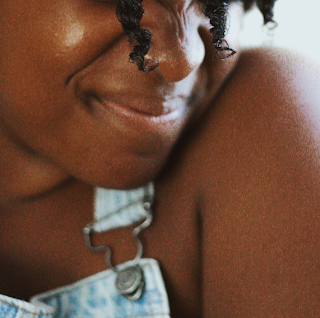 "We're strangers. Essentially. We can say whatever we want
to each other, and it doesn't matter. In a good way."

“Not the place. My family. Although we have summered in Sag Harbor.”

Under the shade of a palm tree, Sasha handed Morrow a hair elastic.

He wrapped the yellow band around the fuzzy end of the French braid that he had just plaited on the side of her head. Then he picked up the wide tooth comb from their picnic blanket and detangle her pouf of 4B natural hair before staring on the other braid.

Morrow continued weaving her spongy curls. “You became a lawyer who works for a politician. Your parents must be proud.”

“They don’t care,” Sasha laughed. “I should have specified. My extended kinfolk have their noses stuck in the air. My parents do care about my well-being. They’re also one of the few branches of the family tree that forked. The Xavier family, that is. It’s complicated.”

Sasha stretched to pick up a handful of seashells from the white sand of their private beach. “There were four Xavier siblings: two sisters, Petal and Violet, and two brothers, Oak and Stem.” She placed four of the shells in a row on the blanket. “And they all lived in Capital City, which today is located in Virginia. They inherited their fortune from their father, a plantation owner, who also owned their mother until President Lincoln issued the Emancipation Proclamation.

“When their father died,” Sasha adjusted her lineup, “Oak and Stem took their share of the inheritance, moved to the east side of Capital City, and decided to live their lives as white men. Petal and Violet remained in West Capital City, split the 40 acres left to them in the will, stayed Black and minded their business.

“Violet married Price Hampton, who was the offspring of similar situation, and they were my father’s great-great-great grandparents. Like Price, most of their descendants became doctors and married people outside of the family, expanding the genetic pool. Whereas the other Xaviers preferred to keep their bloodlines closed to consolidate their wealth, starting with Petal’s daughter Minda. She married a sterile man, but Minda gave birth to five children, fathered by Oak’s wastrel son, slash her first cousin.”

Sasha shuffled her array of shells. “What point was I trying to make earlier?”

Morrow tied off the end of her braid. “Why your successful cousins fuel your toxic ambition.”

“Right!” She sat back into Morrow with his arms around the waistband of her surf shorts and beheld the clear, blue water of the placid lagoon. “Despite the inbreeding, my aunts and uncles and other relatives have done better for themselves on the outside than I have within Homestead.”

“Chairs of hospital boards, state senators, a lieutenant governor, even with all the roadblocks of American society. Yet I live in this matriarchal utopia with liberty and justice for all, and what have I done with my career?”

“You’re an advisor to the Head of the Mayors’ Council, the most powerful public official in Homestead.”

“Yes, although,” Sasha brushed away her seashell construction so she could face Morrow, “I’m not The One. I’m the one next to The One. And, I know it sounds ridiculous, but that’s why I admired you and Noa and the other Associates, because you got the recognition, on the outside as well, for leading the Expansion to Brazil and Russia and India and China.”

“And look at us now,” Morrow said. “Oh wait, you can’t because all of us Associates are in hiding.”

“I said it was ridiculous.”

“It’s not.” Morrow guided Sasha back into his lap. “Have I told you anything about my family?”

“I remember they live in Cairo, because my parent off the coast of the continent in the Morocco community. And you have a sister?”

“Q. She’s a year older than I am, but our mother and father adopted me right before her. And there’s our cousin Eames, who grew up with us like a sister.”

“Morrow Pasha. How had I not put that together before? And you’re a billionaire, too?”

“Millionaire,” he corrected. “After I sold my website in business school.”

“New World Newsies. Don’t look surprised, I do read it. Hasn’t been the same since you left.”

“It was difficult to let it go. Ultimately, I wanted to do more with my life that write a news magazine about other news magazines. Homestead gave me an opportunity to make a difference. Without constantly being the only brown person in the room.”

“That’s how I felt, too!” Sasha exclaimed. “I could have stayed on the corporate law partner track in Chicago, but for what? A lifestyle of keeping up with the Joneses at a price I didn’t want to pay? Plus, my parents were already in the network. That’s how we got in. Me and Antonio.”

Both of them sat quietly for a moment.

Sasha lifted a pineapple chunk off her plate. “Did you say you were adopted? Can I ask, what that like?”

“Do you remember your real parents?”

“My parents are my real parents. I was only a few months old when I was placed with them. I’ve never met my bio parents. I know my bio mother was, is, Pakistani. My parents met her I know nothing about my bio father.”

“Do you wonder about them?”

“When I was younger, I didn’t. Neither did Q. Our Pasha family was enough. But when Noa told me she wanted to have a baby, another one, as an adult, not as a teenager, which gave her Ryan, it triggered emotions I hadn’t realized existed. Everything moved so fast last year that I didn’t think about the fact that I was a father to the only human beings I know who share my DNA. Until now, with your sprawling ancestral descriptions.”

“You couldn’t have known. Six generations back, wow.”

“Have you ever searched for any others?”

“Other biological family members? I don’t think I have enough information to find anything.”

“Morrow,” Sasha said, “We’re in Homestead. Anything is possible. Is this something you want? Your own bio tree? Because I can make it happen. 24 hours.”

“Are you sure? I don’t want to pressure you.”

“You’re not. When I’m with you, I feel liberated. Like I could say anything without making it a life-changing analysis. I’m so relaxed.”

“We’re strangers,” Sasha posited. “Essentially. We can say whatever we want to each other, and it doesn’t matter. In a good way.”

“I’ve never admitted that to anyone. Not even Noa.” Morrow let out a deep breath. “Oh, I get it.”

“This,” Morrow pointed to Sasha and himself, “is what Noa trying to explain in our counseling session. You and I are attracted to each other, but we’re not as emotionally attached as we are to our spouses. So when we connect on a shared issue, we are open and experience a stronger electrical charge.”

“You just understood that?”

“She also said the exact same thing at the dinner the four of us had a month ago. After the two of them confirmed the ins and outs, pun intended, of their relationship.

“I was really mad. My head was filled with the theme song from The Omen ringing in my ears.”

“Better late than never.” Sasha stood up, brushing the sand off her legs.

“Where are you going?”

“To get the ball rolling on family tree. Tick tock, buddy. We only have one more day before we exit paradise and return to the real world.” She regarded her reflection in the tinted glass doors of their villa and patted her two braids. “My hair looks amazing. And it did not hurt at all.”

Sasha helped Morrow to his feet and dusted his calves as well. “You even got my kitchen laid?” she marveled, looking at the hairs curled on the back of her neck. “How did you learn how to do this?”

Morrow collected their lunchtime items into the picnic basket. “Did you think you’re the only Black woman I’ve ever dated?”

[How many Black women have you dated?
Did you read the whole story? Congratulations!
Tell a Friend!🙆🏾] 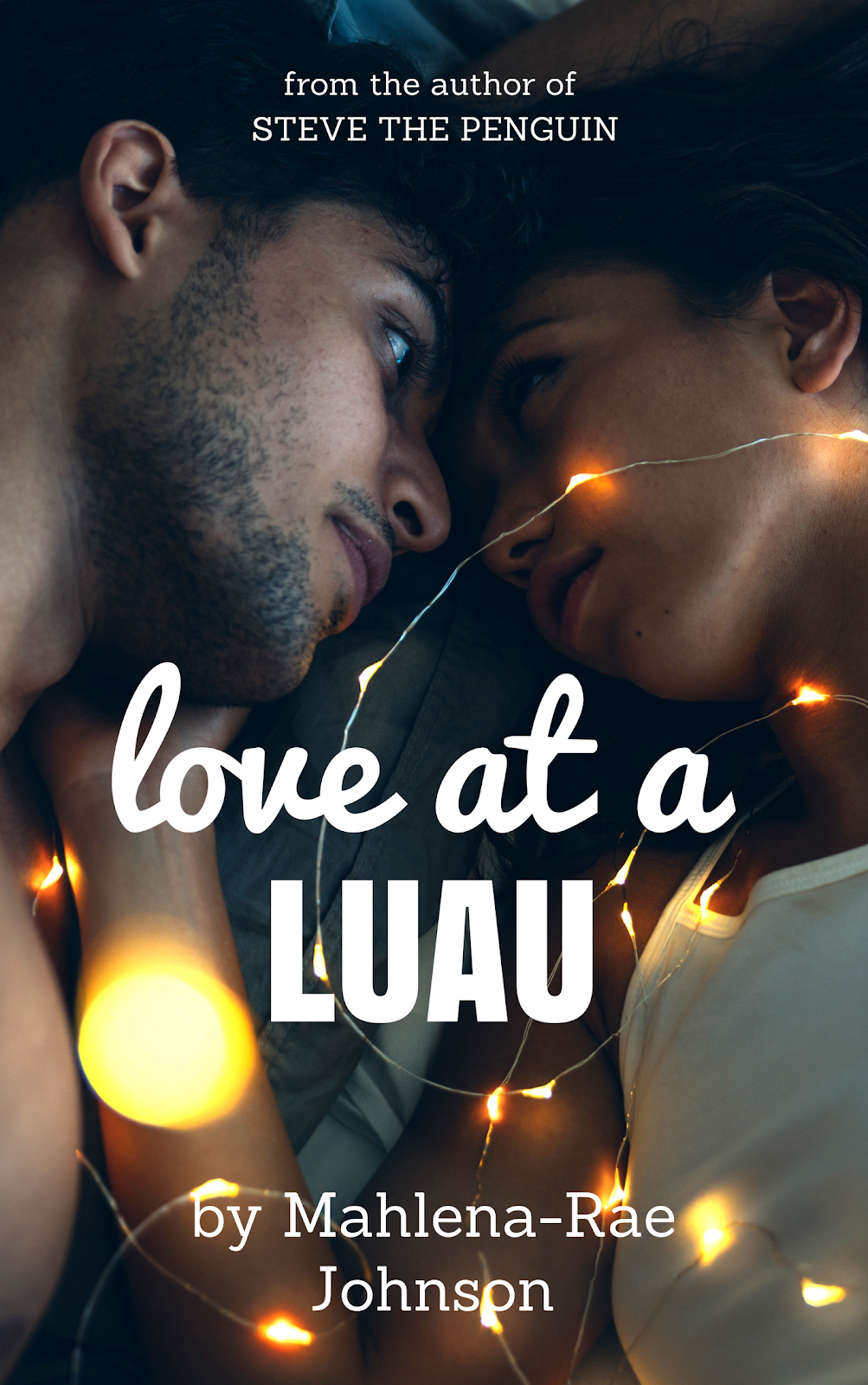